How Many Sales Reps Should You Fire This Year? 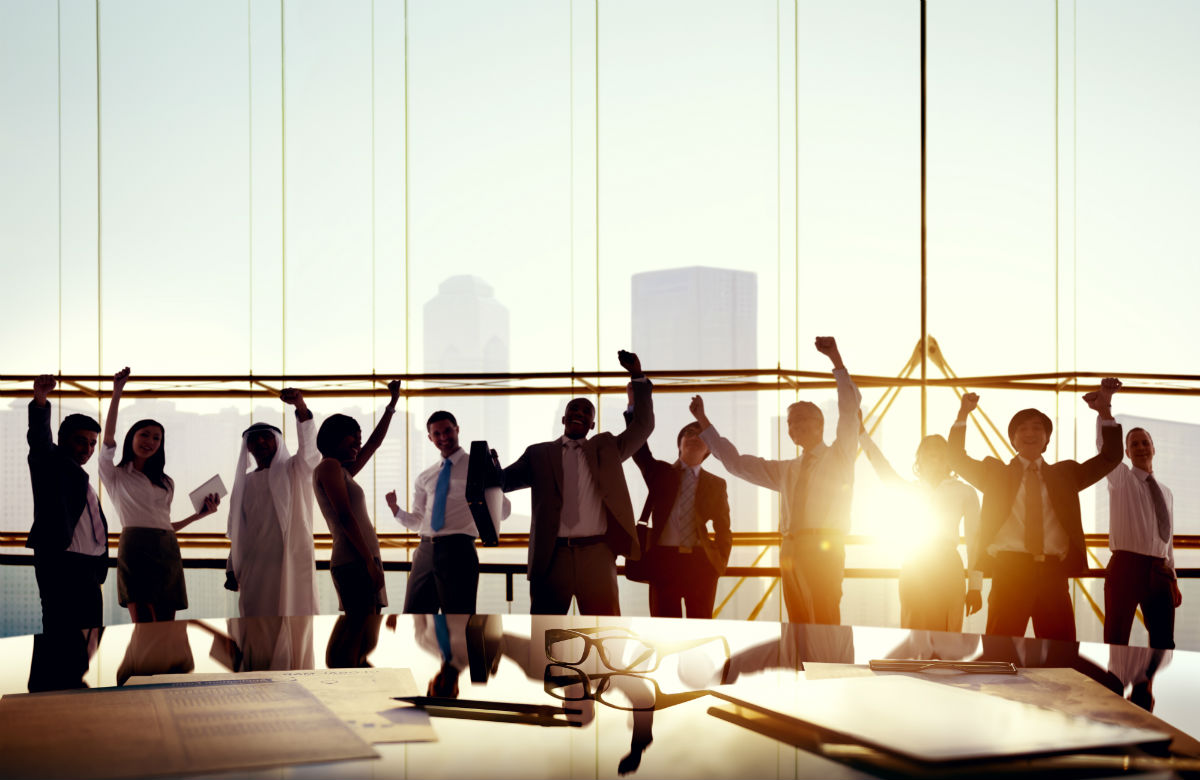 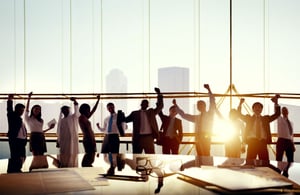 If someone asked you how to grow revenue, what’s the one key step you would take?

Many business leaders would answer, “Hire more salespeople.” Your sales team, after all, is the first line of defense against declining revenue. By expanding the sales team, most people reason they can stimulate revenue growth, because they believe having more salespeople means more opportunities to close.

While this may seem like sound logic in theory, it doesn’t usually work in practice. The problem? It’s how you hire.

Many sales managers and business leaders get distracted by quantity over quality. They make the dangerous assumption that having more team members must improve productivity.

If you take a look at other measurements, like employee engagement and quota attainment, you’ll see another story.

Why More Is More Doesn’t Work

If you want more sales, you need more people. This kind of “more is more” thinking is seductive in its simplicity. It just makes sense, right?

But it doesn’t work. In fact, when it comes to your sales team, less may actually be more.

Why is that? Consider some of the statistics. It’s well known, for example, that about 10% of your team generates around 90% of your sales.

These “star performers” are almost always attaining or exceeding their quota. In fact, they’re pushing along the rest of your team.

“Core performers” and “laggards” make up the rest of your team. Like star performers, salespeople who are not great at their jobs are relatively rare. They tend to make up about 20% of your team.

This leaves your core performers. These are the salespeople who do all right. They might make quota sometimes, but they don’t consistently achieve and exceed that number.

About 60% of your team is core performers. Some do better than others, of course, but as a group, they tend to be middle of the road. With less than half of sales reps achieving quota on a regular basis, this group is underperforming.

The thing is, most of these people aren’t bad sales reps. In fact, most of them could improve their performance. Even a small shift in their behavior can have big results. Some studies have estimated that a 5% change in behavior can result in revenue increases of up to 70%.

How Ditching The ‘More Is More’ Attitude Can Help Your Business

Now you can see why “more is more” isn’t always the winning strategy. Most of the people already on your team could be achieving more. What’s the sense in adding more underperforming sales reps to the team?

Your resources would be better spent evaluating your team and even trimming back. Many companies tend to hang on to underperforming salespeople. They reason that, if you have an empty desk, your productivity must take a hit.

This isn’t true. You could take the resources used to put someone at that desk to achieve other business goals. One might be to focus more on inbound marketing. Another might be to boost productivity among some of your core performers. What if, instead of paying out another salary, you used those funds to offer your team better training?

Remember, a 5% shift in behavior can increase your revenue by up to 70%. Is hiring another mediocre salesperson going to do the same?

If you’re concerned empty desks might lower morale in the sales department, don’t be. Reinvesting those funds to support your sales reps will boost morale and productivity. By giving your team the tools and training they need, you’ll actually be more prepared to meet revenue goals.

You can also reinvest those dollars in other ways. What if you used those funds for more marketing initiatives? You might increase the number and quality of leads you generate. This, in turn, could generate more sales.

Letting Go Of Your Underperformers

Salesforce found that 57% of reps reported missing their quotas in 2017. That means only 43% of them did hit their goals.

Does that mean you need to fire more than half of your team?

You’ll need to look at this in a more strategic way. Many of your reps may not make quota in any given month. There’s a difference between those who make quota most of the time and those who habitually fall short of the target.

Some people almost never hit their quotas, for any number of reasons. Some talented salespeople may not be the right fit for your company. They fail to hit their numbers because they’re struggling with the way you do things. In a different environment, though, they may flourish.

Other people may have become demotivated and disengaged. Perhaps someone was passed over for a promotion, or they’ve been broken down by being told “no” by prospects too many times. Sales is a demanding field, and it can take its toll on people.

As with any employee, you’ll want to sit down and review your sales rep’s track record. Consider how long they’ve been with you and how often they miss their quota. If this is something that’s started in the last few months, it might be correctable.

Be sure to talk to the rep themselves. Ask them if they’re happy in their current role and with the company. If the answer is no, think about how you could help them find a role in which they could truly succeed. If the opportunity isn’t within your company, it may be time to part ways.

At the outset, we said the root issue is how you’re hiring your salespeople. Take a look around at your team. How many star performers do you have versus core performers or laggards?

Now take a look at how long some of these people have been with your company. Are you hiring the wrong people and then hanging on to them, just to avoid empty desks?

If so, it’s time to let these people go. It’s also time to rethink how you hire sales reps. Your hiring process is likely how you ended up in this situation in the first place. Instead of using stringent screening and hiring only the top talent, you hired to fill a desk.

Many sales managers and business leaders fall prey to this kind of thinking. The pressure to fill an empty desk can be immense. You may rush through the hiring process with the intent of getting someone into the open role as soon as possible.

This leads to poor hires, which contributes to underperformance on your sales team.

Instead of rushing to bring someone on board, put more screening in place. Slow down the hiring process and make sure you’re hiring the right people every time you fill a role.

You should also be evaluating your need to hire. Look for ways to improve with the team you already have. Chances are you can do more with less. Even if you end up firing some of your lowest-performing people, you may not need to hire immediately. Take your time to evaluate your needs before you start the hiring process.

How Can You Find The Right People?

Let’s suppose you’ve reached a point where you’ve maximized productivity on your team. You’ve eliminated some of the “deadweight.” Now, one of your top performers turns in their resignation.

There will be a point when productivity improvements for your team aren’t the answer. When it comes time to hire, how do you make sure you’re bringing the right people on board?

Sometimes, it’s easier to sort out what makes someone a poor fit for a role or company than what makes them “right.”

The first thing you want to look at is the fit between your company, the role and the job candidate. Many of your poor hires might have been good at their jobs, but they didn’t fit in. Maybe they didn’t believe in your product, or maybe they don’t like the competitiveness of your sales team.

Evaluate potential team members for their cultural fit. They need to fit in with the company as a whole. A team-driven rep may be a great salesperson, but they’ll flounder in an office that underscores individual competition.

It’s In The Attitude

Attitude can be make or break in the sales department. There’s no denying sales is a tough field to be in, and it takes a thick skin to hear “no” time and time again. Even the most confident sales reps can sometimes find themselves shaken.

Ask how the job candidate views adversity. Do they see it as an exciting challenge, or does it discourage them? You should also ask them about how they’ve handled these challenges in the past. How did they deal with a particularly nasty prospect? How did they land the big deal even after initial resistance?

People who competed at sports at a high level often do well at sales. Why? Because they’ve put in hard work and likely overcome adversity. You need the ability to handle adversity well to be successful in sales.

How Many Reps Should You Fire?

You can see why streamlining your sales team is important. If you’re hanging on to underperforming salespeople year after year, you’re tying up valuable resources. You could be using funds to support other initiatives that could grow revenue.

So, how many sales reps do you need to fire?

Most companies should look at the bottom 20% of performers. These people are habitual underperformers. They likely won’t respond to efforts to improve their productivity the same way your core performers will.

In many cases, their underperformance is a symptom of a bad fit, not a reflection of their skills. In another company or another career, they may thrive. By letting them go, you’re giving them the opportunity to find a place where they can excel.

It’s not a mistake to let go of people who are consistently missing their quota. It’s also not a mistake to take your time when hiring. An empty desk might be more productive than you believe.

The State Of Inbound Is Out And Salespeople Have Spoken You Have Issues A few days ago, HubSpot published its annual State of ...
Start Reading
Mike Lieberman, CEO and Chief Revenue Scientist Tue, May 29, 2018 6 min read

Is It Time To Put Your Sales Pipeline On A Diet?

Why You Want A Leaner, Meaner Sales Pipeline In the “bigger is better” world of business, it seems ridiculous to suggest that ...
Start Reading
Mike Lieberman, CEO and Chief Revenue Scientist Thu, Jun 7, 2018 4 min read

What If You Just Can’t Afford A Sales Superstar?

Every business wants one – the quota-breaking “hunter” who can track down new leads, represent the company well and make the ...
Start Reading