[Infographic] 7 Interesting Facts about the Future of Chatbots 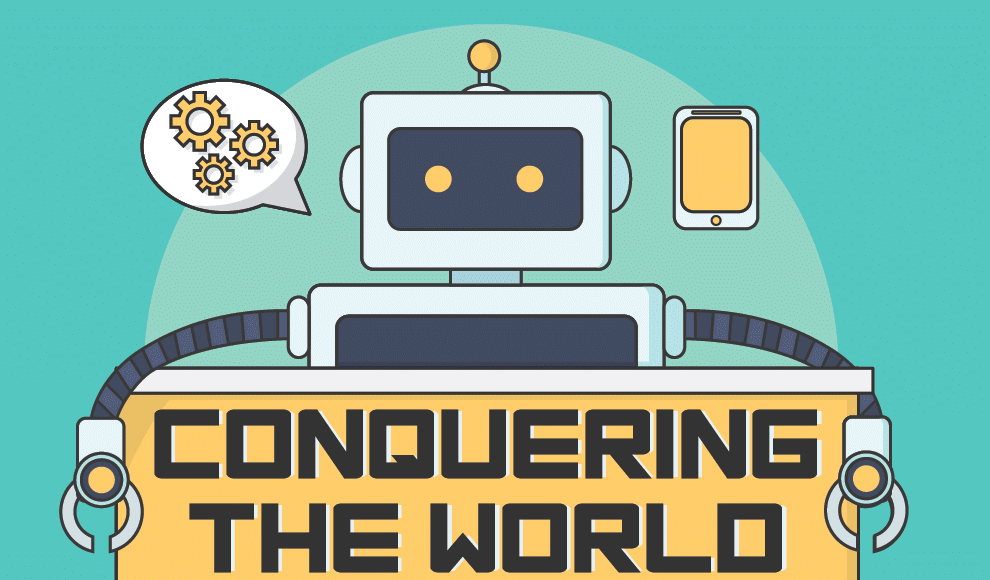 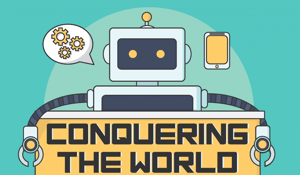 Chatbots are the future. This AI, specifically designed to mimic humans, stimulates conversation and assists businesses and customers in a number of ways.

It’s safe to say most industries need to get on board with chatbots. From customer experience to business improvement, here are seven unique facts about these computer programs.

Chatbots can do so much that it’s no wonder consumers love them. People want problems solved quickly, which chatbots can do—from answering basic customer questions to ordering pizzas.

Many people consider the 24-hour service as chatbots’ best feature, followed by instantaneous responses, with quick answers to simple questions trailing. With almost half of consumers preferring chatbots to other means of communication, particularly when it comes to seeking advice, it’s no wonder many find it the easiest way to communicate.

Automated customer support continues to reduce the amount of time spent solving problems, and this is just the start. Juniper Research showed that chatbots not only improve consumer service, they’re also cost effective and a time saver for businesses.

Around 20 percent of chatbot interactions in the banking industry were conducted without a single human intervention. This number is expected to rise to 80 percent by 2022. Healthcare is the other big sector poised to see savings in these areas. Combined with banking, both fields are expected to save an approximate $8B by 2022.

Approximately 80 percent of business owners claim to already be using or are planning to experiment with them by 2020. Reducing problems, quickly answering questions, and increasing visitor-to-lead conversions are all valuable tools this AI brings to the table.

Amazon Echo and Google Home are taking over, slowly becoming mainstays within people’s homes. Google said that, as of January 2018, it had sold more than one Google Home device every second since October.

Voice perception and cognition have taken massive technological leaps, as seen in the rise of Alexa, Siri, and Google Home, with North America being the major region poised for more changes. People love their voice-enhanced AI friends, and that love continues to flourish.

5. Almost Half of Customers Would Buy from a Chatbot

HubSpot notes that 47 percent of customers would buy from a chatbot—a figure that covers a wide demographic of buyers ranging from millennials to baby boomers. When consumers have a better shopping experience, they’re more likely to buy, a notion that has become evident with this technology.

Chatbot market growth rose from $113M in 2015 to $703.3M in 2016. By 2025, it’s expected to reach $1.23B. As messaging apps become ever more popular, the top four messaging apps have since surpassed the use on social networks. The statistics continue to show that both people and businesses will continue to implement AI as it becomes increasingly adopted beyond customer service functions.

The sheer numbers alone show the growth of chatbots, and they’re increasing at rapid speed. We’re already seeing them embraced by consumers and businesses alike. Inventor Ray Kurzweil predicts they’ll be indistinguishable from humans by 2029. While others have noted that chatbots aren’t likely to replace humans completely, people are beginning to use them more and more, making this technological feat a soon-to-be staple in our lives.

Between virtual reality and augmented reality, anything that changes the way we see and experience the world is undeniably on ...
Start Reading
Mike Lieberman, CEO and Chief Revenue Scientist Thu, May 24, 2018 4 min read

5 Ways to Increase the Size of Your Funnel

Your sales funnel is the key to sales success in your business. The more robust your funnel is, the better your chances of ...
Start Reading