Growth Demands Discomfort And Other Big Insights From #HYPERGROWTH18 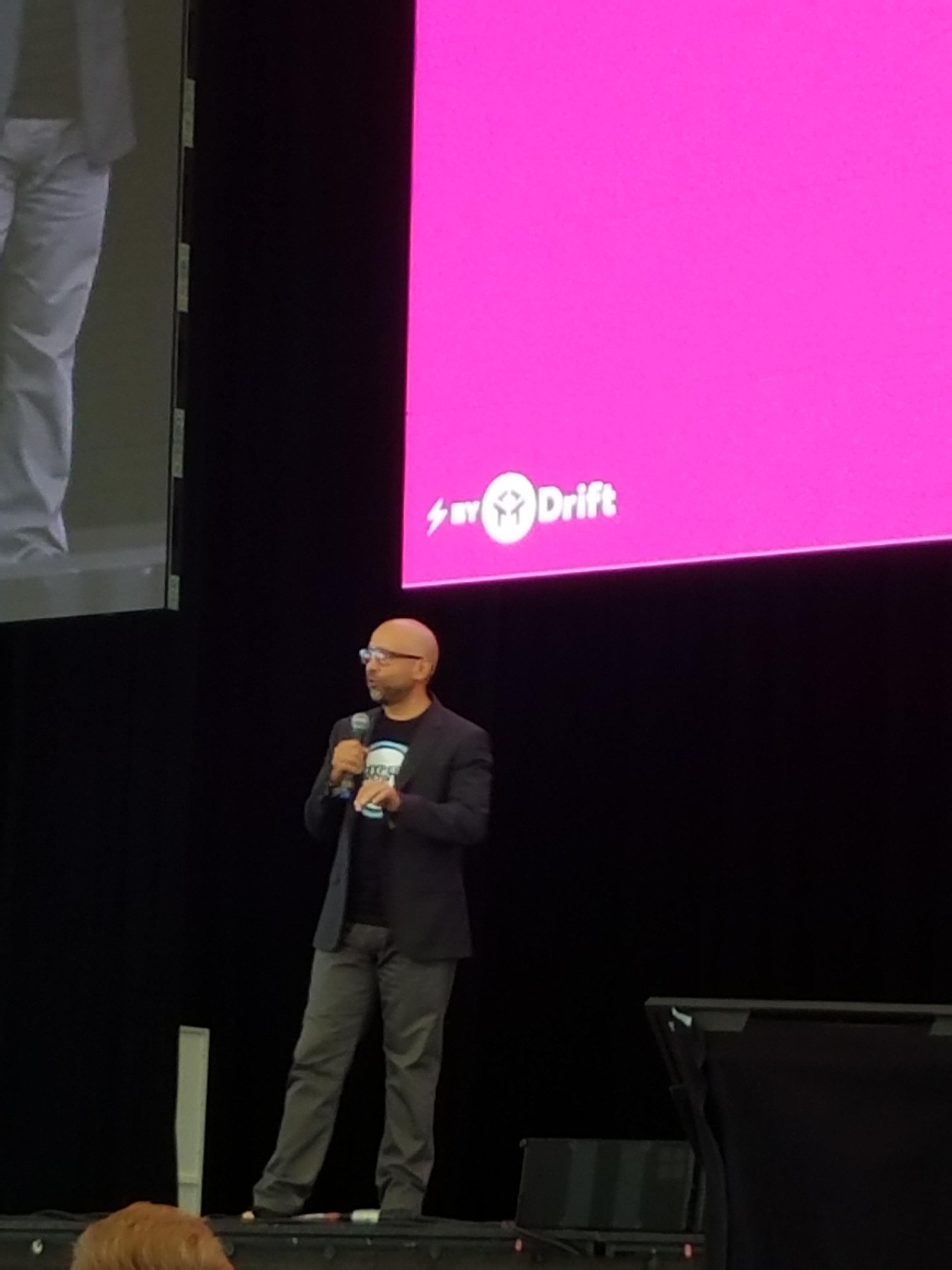 Brands And Marketers Must Embrace Change Or Risk Obsolescence

On a repulsively hot early September day on the Boston waterfront, approximately 4,500 sales and marketing professionals gathered for #HYPERGROWTH2018, a marketing conference presented by Drift, the leading conversational marketing company.

As the audience struggled to stay hydrated and absorb disruptive concepts, speakers discussed the complicated challenges that today’s sales and marketing leaders face when trying to create remarkable and seamless customer experiences.

It was a day of contradictions. The audience learned about new technologies and old ideas. Some speakers argued for adaptability and change, while others preached that companies need to dig in their heels and stay true to themselves at all costs.

Here are four big insights from the conference.

#1. If You Want To Grow, You Have To Get Out Of Your Comfort Zone

The world is shifting under our feet faster than ever. As marketing and sales leaders, we have to be prepared to embrace change and discomfort to grow our businesses and ourselves.

That theme echoed over and over again throughout HYPERGROWTH2018’s sessions.

Chaka Pilgrim, former president of Roc Nation Records and a personal friend of Jay-Z, told the crowd that the artists she knows with the most staying power are the ones who are able to simultaneously stay true to themselves while adapting their sounds to the evolving tastes of the market.

Mike Volpe, former CMO at HubSpot and current CEO at lola.com, encouraged marketers looking to climb from the marketing suite into CEO roles to expand their skills beyond marketing and into accounting and finance.

Author Amy Morin, LCSW, encouraged the audience to change the toxic behaviors that were holding them back both personally and professionally. But that change requires both commitment and belief. As she pointed out, “before you can change your world, you have to believe you can change it.”

These lessons of change are particularly relevant for today’s sales and marketing leaders. In an atmosphere of constant technological disruption and nearly limitless options for clients and customers, we need to be willing to break out of our comfort zones, try new strategies and tactics, and even evolve our businesses as quickly as the market shifts.

“Companies can no longer differentiate on features. In a world of unlimited supply, brand is the only true marketing advantage.” – David Cancel, CEO, Drift

So what can companies do to stand out and make customers love them?

Ryan Deiss, CEO of digitalmarketer.com, argues that brands need to take a page from Hollywood’s book when crafting brand images. And no, he’s not talking about storytelling.

Deiss’s theory is that the brands that people love resemble fictional characters. Using examples such as Superman, Spider-Man, Sherlock Holmes and Forrest Gump, he illustrated the screenwriting tactic known as character diamonds.

With character diamonds, the main characteristics of relatable and fleshed-out fictional characters are mapped out on the four points of a diamond.

According to Deiss, most brands fail to lean into their quirks and flaws, and this is where they fail to become relatable. But, he argued, “customers won’t trust a brand until they know [it] warts and all.”

Deiss’s theory dovetails nicely with the idea that today’s customers, especially millennial buyers, prioritize authenticity over perfection in the companies they do business with.

#3. You Have To Commit To Your Message

“Scream at the public until they love you or hate you.” – Grant Cardone

In the most controversial talk of the day, sales expert Grant Cardone flew in the face of most conventional wisdom associated with digital marketing and sales best practices.

Cardone argued that today’s digital marketers are too timid, too reliant on testing and too afraid to ruffle the feathers of their customers. He made the case that marketers move too slowly, spending time A/B testing everything from CTA color to company messaging.

The sales leader used his $150 million in annual revenue as proof that marketers should “hit their lists” as often as possible and commit to their messaging. He painted a portrait of a hyper-aggressive approach to marketing and sales that strongly emphasizes creating awareness and de-emphasizes customer targeting and testing.

Cardone’s words angered many in the crowd, both for their aggressive vision of sales and his offensive account of the way he courted his wife. I’d make the argument that sales and marketing teams should be cautious before using his aggressive methodology, but Cardone would likely accuse me of being an overly careful marketer.

The most important and applicable point Cardone made is that brands need to commit to their identities, their personalities and their messaging. Rather than abandoning messaging after one batch of poor results, brands should dig their heels in and push their vision until it catches on.

Or, to put it another way, if you have to A/B test your brand identity, you don’t have one.

#4. Conversational Marketing Is Here To Stay

“The future of sales and marketing is NOW.” – David Cancel, CEO, Drift

The most anticipated keynote of the day was delivered by Drift CEO David Cancel, or “DC” as he was consistently referred to by the wide-eyed young team of Drift employees working the event. Cancel’s main idea is that marketers, both B2B and B2C, need to provide immediate experiences and responses to their prospects and customers.

To accomplish that goal, he announced that Drift, in partnership with Demandbase, is launching conversational ads. With this feature, companies can aim ads directly at targeted accounts and have prospects start conversations with sales without filling out forms or waiting to be contacted by sales reps.

Cancel also announced exclusive partnerships with Outreach and Marketo, as well as Drift’s acquisition of Siftrock.

The Siftrock acquisition will help the company launch Drift Assistant, an AI-powered tool that spells the end of “no-reply” emails and digital paperwork. The tool will comb through company email addresses and automatically sort the information that marketers have previously had to organize manually.

As the contradictory ideas batted around during the conference illustrated, there isn’t one clear path to “hypergrowth” in 2018. Like customers, each company has its own goals and targets. Additionally, companies are at different points in the maturity of their sales and marketing programs.

The one thing that is clear is that the companies who will be successful beyond 2018 are the ones who take risks and experiment with new ideas, tactics and strategies. These companies will be the ones that are unafraid to take a different path than their competitors and won’t get stuck “hold[ing] onto their golden moments,” fading slowly into obsolescence.

Infographics Or E-books: What Content Do Your Prospects Want?

The end goal of your inbound marketing campaign is to increase revenue. Sure, it takes patience and you need to avoid hard-sell ...
Start Reading
Dan Reed Tue, Nov 20, 2018 12 min read

Your Brand’s Story Is Told Through Every Interaction Customers Have With You Let’s get this out of the way: Brand storytelling ...
Start Reading