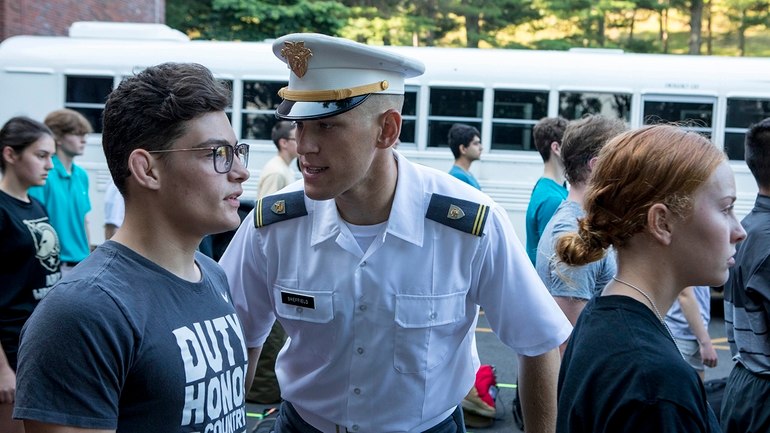 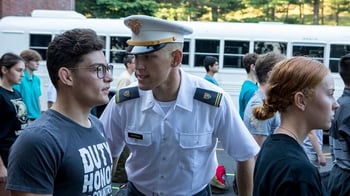 On Wednesday, we celebrated our country’s independence. Many people have fought for our country, and many continue to fight for us to have the rights and freedoms no other country in the world provides its citizens.

This fight requires leadership, vision and perseverance even when the prospect of success seems dim. It’s interesting to consider the process of building leaders, and how it might provide lessons for people trying to grow their companies, lead their teams and create consistent revenue growth month over month.

On Monday, July 2, basic training began for 1,200 new cadets at the U.S. Military Academy in West Point. The new cadets will complete six weeks of training, “affectionately” referred to as Beast.

They'll be learning the basic skills of the soldier. They'll participate in rigorous physical training and rifle marksmanship, as well as learning to respond quickly and accurately to their commanders under conditions of mental and physical stress.

This is the beginning of their 47-month journey to become leaders of character. During their first year, these plebes (freshmen) of the Class of 2022 will become expert at following. Upperclassmen and -women will lead these new cadets and instruct them on what to wear, what to say, what to eat, how to eat, where to go, when to go there, how to walk, how to stand, when to sleep, when to shower and so much more.

Why would an organization whose core mission is to develop leaders commit a full year to becoming expert followers?

Well, think about the best bosses you have worked for.

Think about the worst bosses you worked for.

What are some of the big differences between the two? The best bosses probably cared about you, as a person and as a professional. The best bosses truly wanted to see you succeed and grow. I suspect that the bosses on your “best” list also provided clear direction for you and the rest of the team.

I bet they challenged you with tough assignments, sometimes tasks for which you may not have had every skill or resource you needed. The best bosses probably trusted you to figure it out, and when you couldn't, they listened and got you the additional help you needed.

The best bosses probably expected more from you than you thought you were capable of. They didn't punish you for occasionally failing. They probably asked you what you learned and how you planned to do it differently the next time.

The best bosses treated everyone fairly. You may not have liked some of the decisions they made, but you respected the decisions and understood the reasons for them. You probably felt there was no favoritism or office politics to navigate.

The team you were part of probably worked well together and picked up the slack when one team member needed help.

The best bosses provided good air cover as well. They championed their team’s value and fought for resources. Sure, they could be demanding, and you may have even complained from time to time. But you also felt compelled to achieve the goal or project and prove to your boss that it could be accomplished.

The leaders you miss working for spoke the truth, even when it was bad news. And they expected the same honesty from you. The best bosses held themselves accountable and expected you to do the same. Whether they realized or not, they inspired you. You are probably a better employee and person because of them.

How does mastering being a follower contribute to superior leadership?

These best bosses understood what it felt like to be in your shoes.

These leaders appreciated the challenges, frustrations and ambiguities their reports are sometimes expected to operate within. Like you, your best bosses had to follow.

Like you, they were directed to do things they didn't want to do, but they did them anyway.

Like you, their bosses tasked them to achieve or complete tasks for which they didn't have all the necessary skills and resources, and they prevailed. When these leaders were followers, they did what was asked of them even when its purpose was unknown.

Those of us who were fortunate enough to work for a great boss cannot forget one important fact: These expert followers rose above their peers and now lead with the full knowledge and self-confidence that becoming an excellent boss is only possible after having been an excellent follower.

When our best bosses looked at us, they saw some of themselves. They were reminded that when they were in our shoes, they overcame the challenges. As our leaders, they simply expect the same from us.

The West Point Class of 2022 is now learning how to be great followers. They are being taught and led by third- and fourth-year cadets who experienced, and successfully completed, the same rigorous physical, mental and emotional challenges of plebe year.

Unlike my college experience, there are no keggers, flip-flops and fraternity parties at West Point. During the summer months between academic years, all cadets will be busy with training at West Point and military bases around the world.

Yes, it is hard to get into West Point: There were more than 13,000 applicants vying for 1,200 spots this year. But as you might now imagine, it is even harder to get out.

Cadets who complete the 47-month journey will graduate with a bachelor’s degree. They will also be commissioned as second lieutenants in the U.S. Army and will serve a minimum of five years active duty.

The goal at West Point is to develop leaders of character.

The success of West Point’s leadership training philosophy and methodology, which began in 1802, is exemplified by the considerable accomplishments of its graduates.

It is the only military academy to produce two U.S. presidents, multiple presidential cabinet members, senators, astronauts and business icons. It ranks fourth among the nation’s colleges and universities in the number of Rhodes Scholars.

Every one of these leaders of character was first taught to be an excellent follower.

When it comes to your business and your desire to grow your team, grow your revenue and grow your company, are you prepared to be the follower? Are you prepared to learn from those who have more experience? Is your goal worth being a “plebe” for a short period of time, so one day you can emerge as an experienced revenue generation expert? We think so.

Before you can lead, you have to learn how to follow.

Start Today Tip – Installing a revenue generation machine in your company isn’t easy. When we do get these installed, sometimes it feels like we’ve been in a war. The process involves challenges and adjustments, heavy lifting and big decisions. If it were easy, every company would be successful, but we all know that is very far from the truth. One of the keys is to take the lead from someone who has done it before. Be a good student, let them educate you on what they’re doing, and why and how to do it. Follow their program. It takes 47 months to build a military leader, and it’s going to take 12 to 24 months to install your revenue machine. It’s always the hard stuff that is the most valuable. This is one of those situations.

Square 2 Marketing – Revenue Is Earned Through Experience, Methodology And With Insights!

What To Expect When You're Expecting Results From Inbound Marketing

Inbound Marketing Works ONLY When You Give It Every Opportunity To Work I was curious as to how many articles on expectations ...
Start Reading
Mike Lieberman, CEO and Chief Revenue Scientist Fri, Jun 17, 2016 4 min read

If you’ve been selling for a while, you probably went through some tough corporate sales training earlier on in your career, ...
Start Reading