How Creative Can Be A Differentiator: 3 Examples 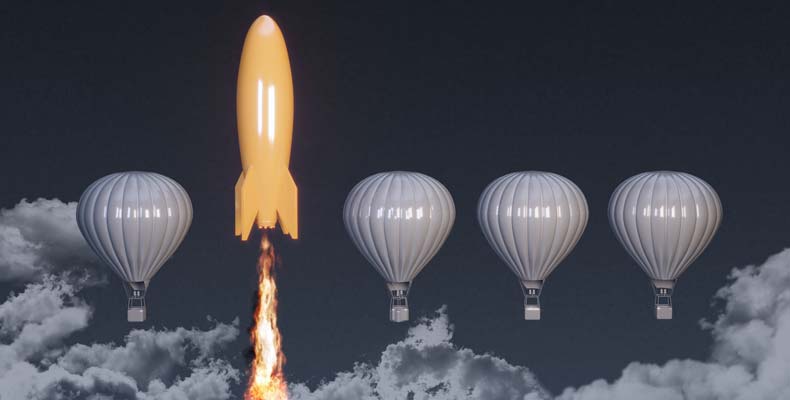 You Don’t Need To Be Unique To Stand Out

It’s the myth of the unique value proposition, or UVP – the idea that every business has something wholly unique about it that will compel customers to buy from them. The problem is that businesses competing within an industry are typically more like people than snowflakes – they’re far more alike than they are different.

And that’s OK. Because even if your brand is exactly like your closest competitors, it doesn’t have to be presented that way. Strong creative can be what makes you unique, differentiating you from the competition and allowing you to tell a better story.

How? Think Cheerios. Cheerios used to be a boring cereal reserved for toddlers. Now it’s a heart-healthy breakfast that gives parents the gift of more time with their children. Whole grains and soluble fiber are not unique to Cheerios. But the message is.

Let’s explore three examples of creative being used as a differentiator, and how you can do it too.

A basic tenet of marketing states that, to be successful, every business must have and highlight a UVP. It’s a lie.

Yes, some companies have a legitimate UVP. Many don’t. And, I’d argue, of those businesses that have a unique differentiator, it’s often something that customers don’t care enough about to push them into a purchase.

Whenever we engage with a new client, we do dig for that differentiator. Once in a while, it’s there – patented IP, new technology, a unicorn product. But often the things that make businesses unique are hard to quantify and market: Our team is the best. Our solution is better. We offer a better experience. Sometimes there’s no true differentiator at all.

The trouble with the UVP is that it leaves business leaders feeling as if they’ve failed in some way. I’ve seen the look on their faces when they realize their baby is no cuter than the competitor’s baby. But there’s nothing to feel bad about. You don’t need to be unique, you just need to appear unique.

Much of what we think of as unique with brands we know and love is owed to strong creative, not a true UVP.

Let’s get this out of the way right here and now. “Creative” is not a euphemism for shallow or fluffy. I hear it all the time: “Creative? I don’t want fluff on my website.”

For a number of reasons, creativity has become conflated with a lack of depth or meaning. The reality is that the best creative is smart and layered with a combination of emotional and intellectual meaning, allowing it to resonate with audiences and stick with them long after they’ve looked away.

Don’t assume that creativity is shallow, just demand that it have depth. Here are three examples of how seemingly simple messaging can be packed with meaning.

1) Nikes Won’t Make You Jump Higher, But They Will Inspire You

What’s the difference between Nike and Reebok? In 1988, it was a campaign. The first spot in Nike’s epic “Just Do It” campaign featured 80-year-old marathoner Walt Stack talking about putting in 17 miles every morning. How? Just do it. The campaign would go on to hit peak cultural saturation in the 90s, with ads featuring amateur and professional athletes, including Michael Jordan and Bo Jackson.

Every ad, regardless of who was in it, leaned on those three powerful words: Just Do It.

Think about just how much meaning is layered into that phrase. It’s both an inspirational call-to-action and an appeal to pride and personal values. Don’t talk, don’t procrastinate and don’t make excuses – just do it. Get out there and put in the work. Don’t tell me how good you are, prove it.

It was a visceral mantra that spoke to the desires of athletes of every age and ability. It was an identity, a way to view yourself in the same light as Michael Jordan. One that didn’t require you to have MJ’s talent, just his mentality: Just do it.

Smart, memorable and emotional, that tagline became a cultural phenomenon, and the campaign did what Nike had not been able to previously do: differentiate itself from the likes of Reebok, Converse and Adidas.

2) What It Means To Be An Outsider

I get it, you’re skeptical. Nike is Nike, and they had the added benefits of star power and a multimillion-dollar campaign. So here’s another example, one that featured no celebrities.

A couple of years ago, I opened the mailbox and caught a glimpse of the L.L.Bean catalog (yes, I’m from New England). The cover showed people being outdoorsy alongside the headline “Bean Outsider.” It was clear, concise and direct. They were pushing their line of outdoor apparel and the cover unequivocally stated what to expect in the catalog. That’s a successful headline, if somewhat prosaic.

I blinked and noticed a slight space between the “e” and “a.” Now it reads as a call-to-action: “Be an Outsider.” I silently applauded their creative team. Well done. Clever. In this second reading of the headline, I’m being invited into a club of active outdoorsy people. Or maybe I’m already in the club and it’s commanding me to double down on this identity.

I walked away impressed, yet that tagline continued to work at me. There was more to the message, something that was felt more than seen. It was the word outsider. In it, I found a whole new meaning.

Those who love the outdoors, who regularly hike or run or camp, often think of themselves as different. They brave frigid mornings and inhospitable conditions while the rest of the world is sanely snuggled in bed. Showers are a luxury. Roughing it is preferable to being pampered. This was a message for them, for the outsiders that others think are nuts but who identify with each other and who L.L.Bean will embrace.

L.L.Bean successfully spun the tagline other ways, inviting workers and city dwellers to be part of this outsider community. In the process, they differentiated themselves from the REIs of the world in a way that their outdoor apparel can’t.

3) Not Everyone Is Cut Out For This

Nike and L.L.Bean are both household B2C brands, which may leave you skeptical about whether this can be replicated with a smaller B2B business. The answer is a resounding yes.

For some reason I don’t understand, B2B often defaults to the notion that messaging doesn’t matter, creative is little more than decoration and it’s better to fit in among the competition than to stand out too much.

That’s a lot of bull. And we reflect that sentiment. Our homepage and website look, sound and feel like no other B2B agency. We crush creative and want every visitor to know we can do it for them.

As evidence, consider Elbeco. Elbeco makes uniforms for public service agencies, specifically fire, police and EMS. For over a hundred years they’ve been known for quality. But that legacy also worked against them – the younger generation of first responders thought of them as their grandfather’s brand.

Elbeco presented us with a complex problem: Position them as a high-quality brand while injecting a little bit of edge and maintaining the pride and respect that’s been Elbeco’s legacy for generations.

We came forth with a headline that spoke to both Elbeco’s value proposition and an emotional acknowledgment to those who wear their uniforms: “Cut From a Different Cloth.”

On the surface, it speaks to superior quality and durability, with a dash of brash confidence. But just below the surface is something that speaks deeply to the target audience.

As the son of a firefighter, I know the demands of the job. They live together, work nights, sleep little and miss holidays and family events to put themselves in harm’s way. Police officers and EMTs are similar. Not everyone is cut out for these careers. These are jobs that require a different type of person, someone cut from a different cloth.

In that context, the headline takes on new meaning, speaking to a tight-knit community in the way an insider would. For that specific audience, it’s an emotional message that elicits feelings of pride, acknowledgment and unbreakable bonds.

With the help of strong creative, Elbeco managed to infuse some of the edge they desired while simultaneously presenting their value proposition and speaking intimately to their target audience.

There’s value in knowing how and why you’re different from the competition and being able to clearly express those things to prospects. Often, however, those things that are unique about your business are not unique or exciting enough to grab someone’s attention or compel them to learn more. Instead, those minor differentiators are better served as supporting roles in your story, not the hook.

Most brands aren’t terribly unique, at least not in the way that makes them a clear choice over the competition. That doesn’t mean those businesses don’t provide great products or valuable services, it just means they have to find another way to stand out and be noticed. Superior creative work can be that differentiator.

Get Started Today – Strong creative work generally requires the talents of specialists. It’s not something anyone can do. However, here are some tips for building out a creative team: 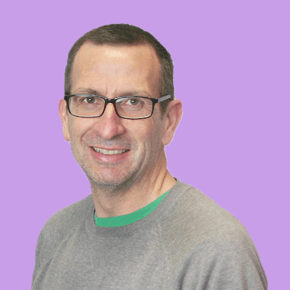 The One Question That Propels Your Business To Double Digit Growth

During the marketing strategy portion of our client engagement one of the most important questions we ask our clients is, ...
Start Reading
Dan Reed Tue, Jul 24, 2018 11 min read

A Powerful Story Is Essential To Customer Acquisition And Engagement It’s harder than ever to get the attention of your ...
Start Reading
Mike Lieberman, CEO and Chief Revenue Scientist Tue, Mar 12, 2019 13 min read

Differentiation Strategy: 5 Shocking Ways To Kill The Competition By Being Remarkable

If Your Business Isn’t Remarkable, It’s Invisible As part of your marketing and business strategy, differentiation is ...
Start Reading