Super Bowl Advertisers Get An "F" On Their Inbound Marketing Efforts 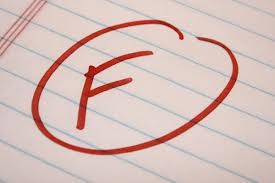 I wouldn’t be a marketing thought leader if I didn’t take the day after the Super Bowl to comment on the advertising. But to try and be a little different I'm NOT going to talk about which one I liked or didn’t like. I am going to share an overall perspective on how these brands used inbound marketing in their ads.

Let me start by saying how disappointed I was that not ONE single advertiser practiced any inbound marketing. Now, like most viewers I wasn’t glued to the screen. So I might have missed it if it happened. But it appeared to me that inbound marketing is still a closeted practice, left for only the most innovative marketers who are responsible for optimizing their budgets, not wasting them.

I did see a lot of advertisers integrating social media into their ads. If I was grading these ads on their use of social media, I think an A- or B+ would be a fair grade. Pepsi crowd-sourced individual pictures from people who uploaded them to the Pepsi site. Major media outlets reported a lot of activity on social media for advertisers all during the game. The game's "most innovative" award went to Oreo. Their ad was excellent, but their use of the blackout to tweet "You Can Still Dunk Oreos In The Dark" was brilliant.

Perhaps a few examples of how these big brands could have used inbound marketing to improve the performance of their ads would be helpful.

A few of the ads did offer URL addresses at the end, but they were in small fonts and not prominently displayed or mentioned. A better approach would have been to include some additional offer if a viewer headed off to a specific web page. In addition to further engagement with the audience, this would have provided advertisers an additional tracking mechanism to measure the success of their program.

For example, Chrysler’s Jeep brand and the USO did a moving tribute to our troops and, had they provided a website URL and an offer to match everything donated, I am sure Jeep could have attracted many potential Jeep customers and the USO could have raised a significant amount of money based on the emotional pull of their ad. Click here to watch the Jeep USO ad.

In case you missed it -- your prospects want an experience. They don’t want an ad. So as you start to ramp up your marketing in 2013. Stop thinking about single ads and start thinking about the experience you are offering your prospects. If you're not using social media and your website to provide that experience you are letting potential business go to your competitors, who are taking this exact approach.

Start Today Tip – If you are running any advertising, get it out right now and make sure it includes offers with dedicated landing pages. If you are planning on starting some advertising, run it through the same test. You have to give your prospects a reason to continue talking with your company instead of just brushing past your traditional advertising. Stop paying for meaningless impressions and start demanding the level of interactivity your prospects want and you need to measure the performance of your marketing.

Why LinkedIn Is The Worst Of What's Wrong With Marketing Today

Is Facebook For Digital Marketing Dead As We Know It?