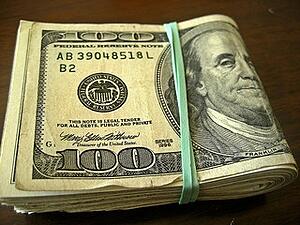 Remember when Facebook bought Instagram for $1 Billion, and we all gasped in disbelief? That was before the sale of social networks for ten figures became the status quo, and seemingly every internet company set out to drop $1,000,000,000 on purchasing smaller sites. But if you're notin the market to buy up a social network, there are a lot of other things you could afford with $1 Billion - and we've got the best of them detailed in an infographic.

As the billion dollar club becomes less exclusive, paltry million dollar deals have been replaced by a plethora of social networks with a $1 billion pricetag attached to their logo.

For us mere mortals, $1,000,000,000 is hard to comprehend. We dream of six figure salaries, and would be lucky to ever linger near the proximity of a $1,000,000 bank account. Our days are spent reading the billion dollar headlines, not inspiring them.

All of this got me thinking. Besides a social network with a few million users and a lot of bragging rights, what could $1 Billion get you?

So, I did a little digging around. I found the most luxurious spending opportunities available, and calculated what you could accomplish through mass charitable giving. As it turns out, $1 Billion is even more money than we imagined:

That's right - even after all my theoretical luxury spending, I still came up with $368 million in surplus. Talk about a good problem to have, especially when you have an NBA team, an island, a private jet, and a Lamborghini to your name.

What would you do with $1 Billion? Would you snatch up a social network of your own, or opt for a life spent enjoying the finer things?

Whether you're dreaming of island ownership or imagining a life as a billionaire philanthropist, one thing is clear: anyone willing to approve a $1,000,000,000 purchase is willing to put a lot of money where their mouth is.

How We Skyrocketed Website Traffic 2200% in 1 Year [case study]

"How do I drive more traffic to our website?" This is an extremely common question that clients come to us with and it's a good ...
Start Reading
Joanna Swartwood, Director of Marketing and Revenue Growth Tue, Nov 5, 2013 9 min read

I'm a sucker for anything free. Whether it's free shipping on my online order, a free drink with a slice of pizza, or just free ...
Start Reading
Joanna Swartwood, Director of Marketing and Revenue Growth Fri, Jan 6, 2017 4 min read

4 Things To Do When Launching Your First Inbound Marketing Campaign

Launching your first inbound marketing campaign (either for a new company or a new position) is very exciting. Congratulations, ...
Start Reading