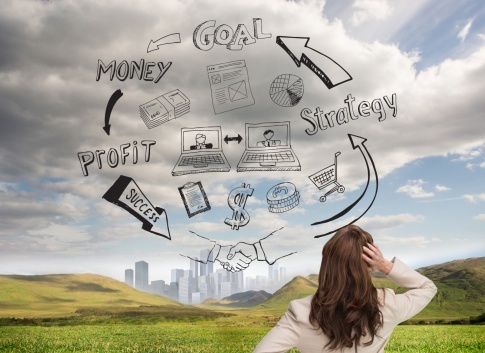 It’s That Time Of Year For Planning, Projecting, Budgeting And Hoping 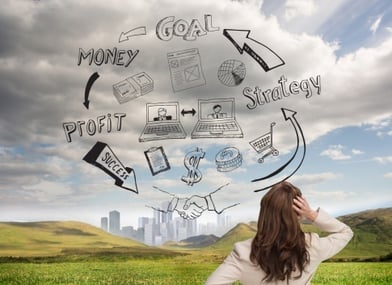 If it wasn’t the end of the year, this topic would be a bit tired, but because we’ve had so many conversations with prospects and clients about their 2018 plans, budgets, projections and goals, it made sense to spend a little more time on the topic. It makes even more sense given the wild disparity between people in their abilities to do proper planning, projecting and budgeting.

Yes, I slipped “hoping” into our sub-headline because unfortunately, it still seems like hope is at the core of most people’s revenue strategies. Here’s a hypothetical conversation between a prospect and our team.

While not 100% representative, it is highly illustrative of how most of the companies we work with are currently doing their projections and investment planning.

Company: We did $20 million last year, and we’re hoping to do $30 million this year.

Us: OK, you’re hoping? Was that a loose reference, or is hope your actual strategy?

Company: Well, we don’t actually know if we can do $30 million next year, but it seems like a reasonable goal.

Us: So, you really are hoping? That’s your plan, to hope it comes true?

Company: Well, when you say it like that, no. We have numbers and data to back it up.

Us: Great, can we work backward from the numbers? For instance, what is your marketing budget for 2018?

Company: We were thinking about a budget of around $5,000 a month for marketing, all-in.

Us: OK, and how many salespeople do you have?

Us: OK, and how many visitors do you have to your website? How many leads are you currently getting for those three salespeople? What is the average first-year revenue per new client?

Company: We have 1,200 people a month coming to our website and around four or five leads a month. Each new client is worth $10,000 a year.

Us: (In our nicest, most friendly and understanding voice possible.) You’re never going to get to $10 million in incremental revenue with that level of budget and baseline performance.

Company: (Silence…) What do you mean?

Us: It's the numbers; the math doesn’t work out. You don’t have enough invested and your funnel isn’t advanced enough to support your revenue goals.

It’s a hard story to tell and it’s a difficult conversation to have, but it’s the honest conversation that any agency worth its weight should be telling a prospect like this.

However, all is not lost. Some actions can be taken. First, the company can increase its planned investment in marketing or lower its revenue goals and expectations.

There is where the secret lies: Properly aligning budgets and goals to create the right balance of investment and performance expectations.

Marketing is now more of a science than an art. Mathematical models are available to help you figure out if you’re ready for 2018 or not. It all starts with understanding the current state of your funnel today. This includes your full funnel from website visitor to new customer. If you have lead sources other than website visitors, simply build those into your funnel. Knowing the current state of your funnel should help you predict the actual number of new customers you’ll be signing in 2018. It’s likely that it will produce a number close to what you did in 2017.

This is especially true if you didn’t do much to impact the state of your funnel this year. If your funnel is performing better over the past couple of months or couple of quarters than it did in the beginning of the year, you might see some projected increases in potential revenue for next year. But rarely does this produce a number even close to what most CEOs want their businesses to do from a revenue growth perspective. 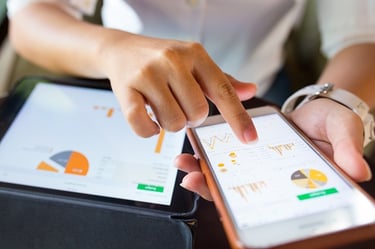 This is where marketers get excited. You want to do $10 million in incremental revenue, so let’s build a hypothetical funnel that would be required to produce that level of revenue. What would the top-of-the-funnel lead flow need to look like if you changed nothing downstream? What would you need to do to the top of the funnel if you did focus on the downstream funnel, like improving your close rate on submitted proposals? Today it’s 50%, but what if we could get it to 80%?

For example, let’s say you’re not interested in investing any money in the bottom of the funnel. Your sales team is great and whatever metrics the team is producing you’re willing to live with. Great! To hit your numbers, you’ll have to invest heavily at the top of the funnel to fill it up so much that the weak performance at the bottom doesn’t impact your ability to hit your goals. Focus your investment heavily in top-of-the-funnel marketing, demand generation, lead generation, etc.

We can tell you exactly how much you need to invest to move the needle enough to create your end-state funnel.

Here’s another example: You realize two areas of the funnel are especially weak. While other improvements could be made, this is where you want to focus your investment. This is smart because it’s going to limit the budget but also focus it. We’ll be able to tell you exactly how focusing on those two areas will impact revenue, and your end-state funnel will give you a direct correlation to investment, priorities and results. This is a much better approach to setting a budget, projecting results and aligning the two for a successful 2018.

The Budgeting And Projecting Exercise

This might sound straightforward, but it’s not. The modeling alone is fairly complex. Not that you couldn’t figure it out, but it took us a couple of tries to come up with a funnel configurator that helps our prospects illustrate their current state, define their future state and then work with us to identify the delta, fill the gaps and create a reasonable budget with associated revenue goals.

Projections are always filled with risk. The worse the projection methodology, the higher the risk that the projections are off and the more likely they’ll be off significantly. If you’re building your 2018 plan on estimated or guessed revenue projection, you’re making a lot of financial decisions in a highly risky environment.

Finally, did you hit your revenue goals this past year? Not many companies do. Did you hit your goals the previous year? If year over year you fail to project and then perform up to your goals, you should consider doing something different this year when it comes to projections and budgeting investment to hit those revenue goals. Let us know; we’ll try to help and do it quickly, too. After all, it’s almost January, and you’re behind when it comes to hitting the ground running in 2018.

Start Today Tip – It’s pretty simple: You need to redo your revenue goals for next year, and you need to use science, data and some tools to help you limit the amount of risk in those projections. You should also be sure that the money you’ve budgeted for marketing is enough to get you to those goals. What’s the point of under-spending if you don’t hit your goals? You should be spending exactly enough to get you to your goals, and you should have a high degree of certainty that both your budget and goals are perfectly aligned. We can do that for you in just 90 minutes. Let us know if you want to talk by clicking in the box below and requesting a marketing plan review session.

'Tis The Season For Goals: 6 Experts Weigh In On How To Set Goals That Move The Needle

Does Your 2019 Planning Include Marketing, Sales AND Customer Service Revenue Generation?